Guardiola's problem with top players is a serious thing

In the years, many top players have struggled in their relationship with Pep Guardiola. Here is what they have to say

Pep Guardiola is well know to Football aficionados for being possibly the best coach in the world. He won so many titles, both as a player and as a coach, to make his colleague shrink (well...maybe not Mourinho). But for some reason he tend to struggle with top player with a strong personality. Our Samuel Eto'o was one of them:

Although Eto'o had one of his best ever seasons in Guardiola's first year, scoring 30 goals in 36 league matches, he was sold the following summer by the Catalan because of 'a question of feeling'. 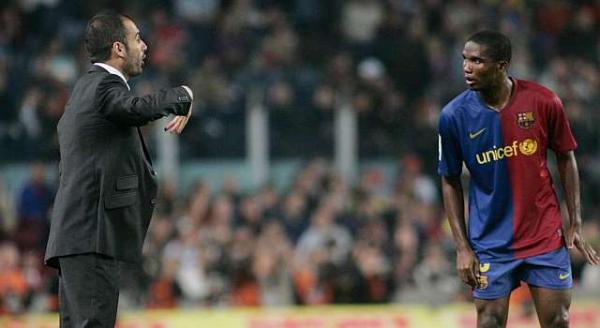 "He didn't have the courage to tell me things to my face," the Cameroonian later remarked. "I had to remember that he wasn't a great footballer.

"I told him 'I'm Samuel Eto'o and I'm the one who makes you win'," he added in an interview with beIN Sports. "[Guardiola] was lecturing me on how to attack when he played as a midfielder."

Same goes for Zlatan Ibrahimovic, one of Guardiola's biggest critics , who arrived at the Camp Nou in 2009, but who was dropped by the Catalan despite an impressive start to the campaign and who confronted him after their Champions League semi-final loss to Inter. 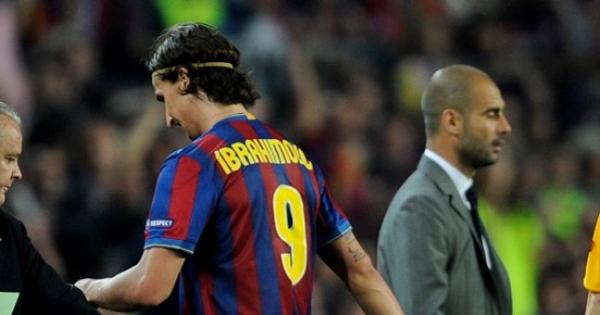 "I yelled 'You have no balls!' at him and probably worse things than that," the Swede later recalled. "You are crapping yourself because of Jose Mourinho. You can go to hell!"

"I didn't have a problem with anyone," he added. "Nobody can say I did anything wrong. The first months were going so well and then something happened and I still don't know what as I'm still waiting for the answer. After few months after [the start of the new year] the philosophy didn't speak to me anymore."


Dante, the brazilian defender of Bayern Munich has also struggled with Guardiola: 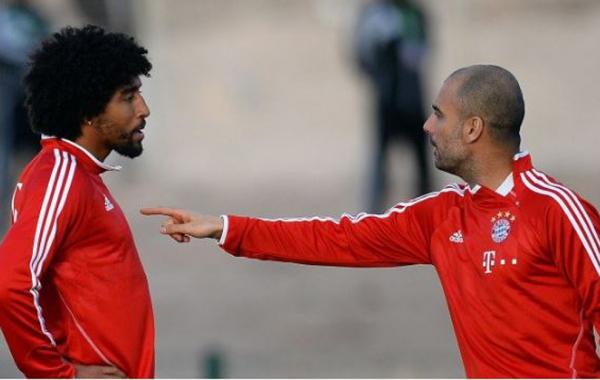 "He doesn't speak to you so as a player you don't know where you stand," he told German newspaper Bild. "There are coaches who are world-class from a tactical point of view, but who aren't good on a human level and this is the case with Guardiola."

Cesc Fabregas, one of the most talented and disciplined midfielder in the world, couldn't understand his system:

The ex-Arsenal captain spent one season working with the current Manchester City coach at Barcelona, but after a good start - he was top scorer, along with Leo Messi, until January - their relationship deteriorated when more tactical discipline was demanded

"With Guardiola I ended up not understanding the system," he admitted after the promotion of Tito Vilanova in the summer of 2012. "I came from another type of football and to take in everything that he wanted so quickly was difficult because the others already understood it."


So apparently Pep can be a difficult one to deal with. Samuel Eto' will soon be publishing his first social biography thanks to eFanswer

Danilo Gallinari on the pre-olympic tournament "Fans will be crucial"

Less than a month the tournament that could give the "Azzurri" the direct access to the Olympic games in Rio. Il Gallo also aims to get all the support he can from the fans.

Jorge Lorenzo - The wait is over

The new book of Jorge Lorenzo, ready to hit our app!

Star Wars, the first clapperboard of the eighth episode

Cameras roll for the production of the new episode of one of the most famous cinematographic sagas of all time. The first clapperboard of Star Wars VIII has actually been announced and it is coming to life in the Pinewood Studios in London, famous for being “home” of the 007 films and of some Stanley Kubrick movies.

TV series, the goodbye of Stana Katic, protagonist in "Castle"

KATY AND ORLANDO, COUPLE OF THE YEAR 2016

We are barely in March, but we have already chosen the two winners of the couple of the year 2016.

No domination, lots of pretactics. It is what emerges from the results of the MotoGP tests on Phillip Island, held last week in the Australian circuit. Jorge Lorenzo scored 9th, caring more about understanding the frame and tires (Michelin) of his Yamaha than about getting the best performance. The third session, on Friday 19th, was dominated by Marc Marquez, ahead of Viñales and Crutchlow